Interested in advancing your career in Trades? Steamfitting may be the career for you!

With two steamfitting apprentice postings slated for the near future, we held 2 information sessions on Wednesday, February 17th. Thanks to all who took the time to participate, we had a great turnout! Thanks to Greig Samodien, Mike Carroll, Mike Kupfer and Thomas Shields for putting together a great presentation.

If you missed the presentation, and are keen to find out what you missed, look for it on the Building Operations website under the staff tab then look for the postings to apply.

Preparations for Storm the Wall begins

From Tuesday, February 16 to Thursday, March 24, UBC Recreation will be placing twenty-four street decals to promote the Storm the Wall event. See attached map for locations. 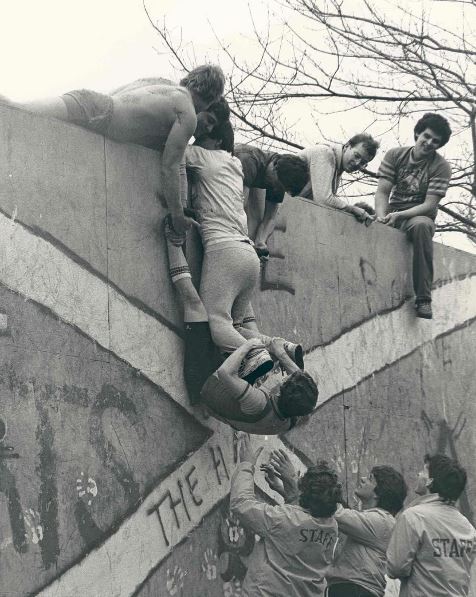 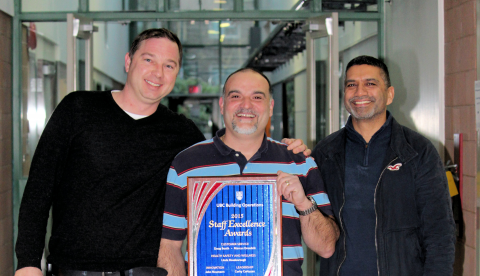 The Labour Group supervisory team, received the 2015 Staff Excellence Award for Teamwork. Mike, Jas and Colin rose above the ordinary when they successfully achieved cohesion in their team from when they first merged in May of 2015. Coming from two labour groups, they worked through their differences, acknowledged differing points of views to create solutions and became one team.

We’re on track…EAOS is in IONA!

Update on the Pilot Building #2–90% done in the field work, and 15% done in the asset data entry. We’re right on schedule to finish by the end of February. What this means for you: we are that much closer to having the asset information you need in a live, searchable version so we can begin building a recipe for Planned Maintenance Programs.

We are looking at Quick Response Coding as a way of tagging equipment. QR Codes = all the info you need at your fingertips!

Board of Governors release statement regarding Dr. Arvind Gupta’s resignation

Here is the statement released in the February 16 UBC Broadcast Email:

“We, the eight elected members of the UBC Board of Governors (students, staff and faculty) voted to accept the resignation of Dr. Arvind Gupta as President of UBC. We did so after the respectful deliberation among all Board members and based on our own observations. None of us was bullied or pressured. We continue to believe that this decision was in the best interests of the university.

The Executive Committee of the Board, which was involved in earlier stages of the process leading to Dr. Gupta’s resignation, included two of the elected faculty members, Richard Johnston and Michael Treschow.

We regret that we did not make this statement earlier. We see now that we were excessively cautious. The events of the last few weeks compel us to speak out.

We are listening carefully to the concerns raised within the university community, and are committed to seeking greater transparency in Board practices.

Elected Members of the UBC Board of Governors

Stand together against bullying…wear pink on February 24

UBC Board of Governors approved the reappointment of Dr. Louise Cowin as vice-president, Students

2 Steamfitter Apprenticeship Positions to be posted on Monday, February 22