For your safety! Slow down near USB Garage Bays

Please be aware of fast moving vehicles around the USB garage bays (marked in red below). This is a working area and can be congested at certain times of the day, especially when the mechanics are backing a vehicle out of the bay. 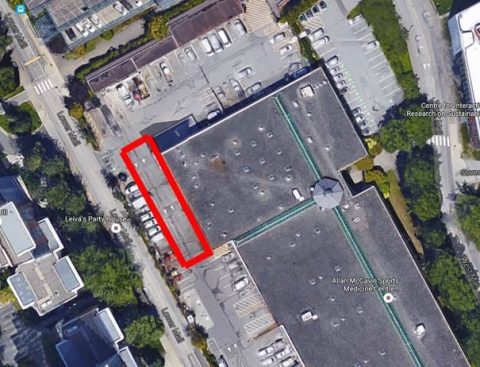 USB Room 002 will be renovated to include five new offices and three workstations for Building Operations. Construction will begin December 1, 2016 and is estimate to be complete in March 2017. During construction, you may experience some noise and vibration. Every effort will be made to mitigate impact. If you have any concerns, contact FM James Bellavance.

Replacing our fluorescent lights with LED’s

Building Operations, Energy & Water Services, BC Hydro and the Province of BC have teamed up to deliver an LED lighting campaign. This multi-phase project will replace existing linear T8 fluorescent lights on campus with LED’s (Light Emitting Diodes).

What’s the payback for UBC? The energy and maintenance savings, combined with funding from BC Hydro and Province of BC Carbon Neutral Program, results a less than 2-year project payback for UBC.

What are we doing now? We will hire two dedicated full time employees in the Utility Worker group and change approximately 28,000 lamps in 13 buildings during the 2017 calendar year.

What’s the big picture? If successful, the program will expand to include all core campus buildings replacing an estimated 180,000 T8 lamps over the next five years. Energy & Water Services estimates the project could save over $800K/yr in energy and maintenance while reducing UBC’s electrical peak demand by 3 MW’s. 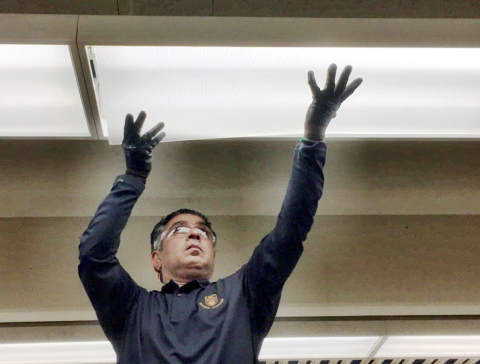 Master’s students from UBC’s Clean Energy Engineering program met up with our FMs last week to tour through mechanical rooms in a few buildings around campus. If you’ve seen these rooms, you’re probably wondering: why do these students look so happy to be touring around mechanical rooms?

These students are using real campus buildings examples for an assignment on energy efficiency. Now you’re probably wondering: why do the FM’s look so happy with energy efficient assignments?

As FM Chris says, “It will be interesting to see if they can come up with any new conservation measures that have not already been considered.”

At Building Ops, we’re proactively and efficiently managing the operations and maintenance of the spaces on campus. We create and enrich inviting spaces, both indoors and outdoors, to provide an environment that supports exceptional learning and research outcomes.  And if we can use some of this research to improve what we do, all the better! 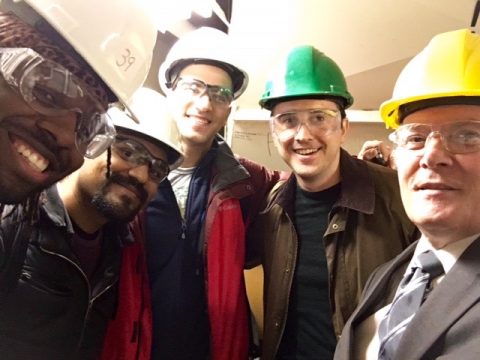 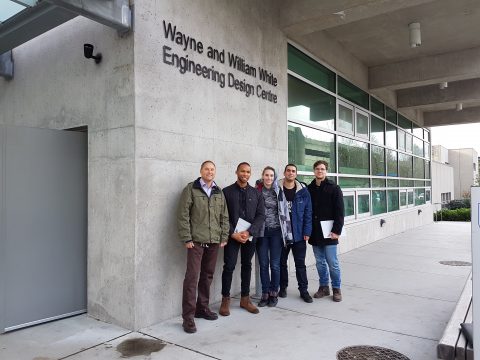 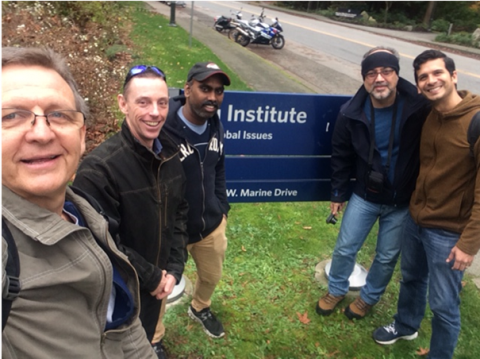 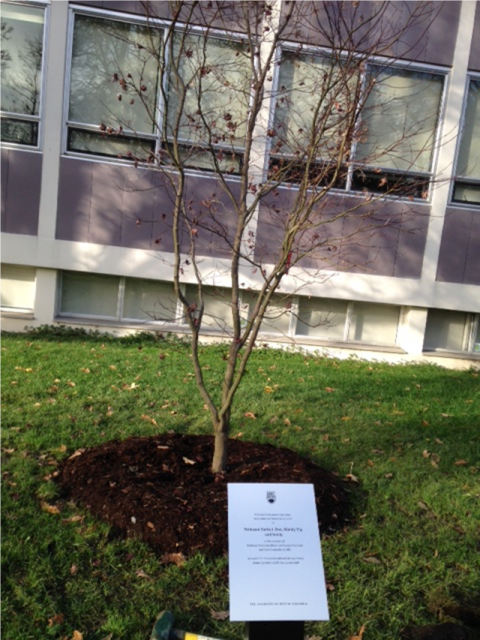 To celebrate the installation of Professor Santa J. Ono as UBC’s 15th President and Vice-Chancellor, Professor Ono and his family offered a gift of a Bloodgood Maple tree to UBC. The tree was planted near Buchanan D, off Memorial Road. Thank you to custodial services, hard landscape, gardeners and customer services for being a part of the tree dedication.

Thanks to all staff for contributing to the United Way campaign

In the 50/50 draws, Building Ops and Campus & Community Planning raised $1151.50 for United Way! Thank you Catherine Alkenbrack, Erin Kastner, Jodi Scott, Pamela Wayslyshen, and all of the Custodial Head Service Workers for helping in selling the tickets. Thanks to Guy Champagne for the gift cards and Canucks ticket, organizing the event and making the fundraiser a success.

Our Spelling Bee team, “The Bombeez,” who participated in the United Way Spelling Bee was just one word away from an honorable mention. (There could have been an exchange of vitriol but all were pulchritudinous. The members were a fascicle of nerves—you would be too if you had to spell those words!)

Thank you to Michael Thayer, Caroline Soriano, Robin Shortt, Emily Fung, Doug Corkery and James Bellavance for participating in this year’s United Way Spelling Bee.  The photo below is from the spelling bee event. 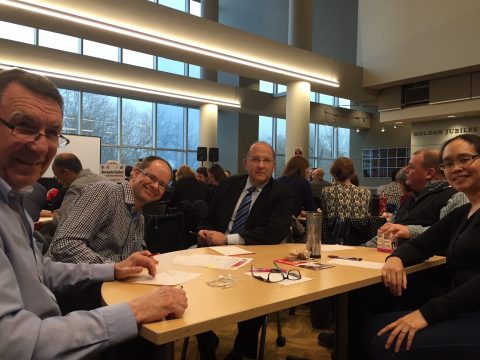 Do you have an eye for detail? Spot the Risks for November

Take a look at the photo for the November edition of “Spot the Risks.” During your shop talks, identify as many risks as you see in the photo below. For every risk/problem identified, your shop will receive 1 point. Submit answers via email to Alex Bradshaw by November 30th, when the responses will be tallied and points awarded. Remember, the shop with the most points at the end of the year wins a prize! 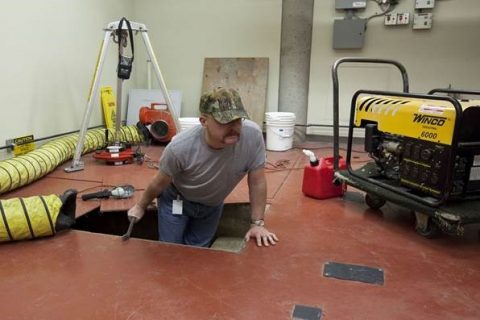